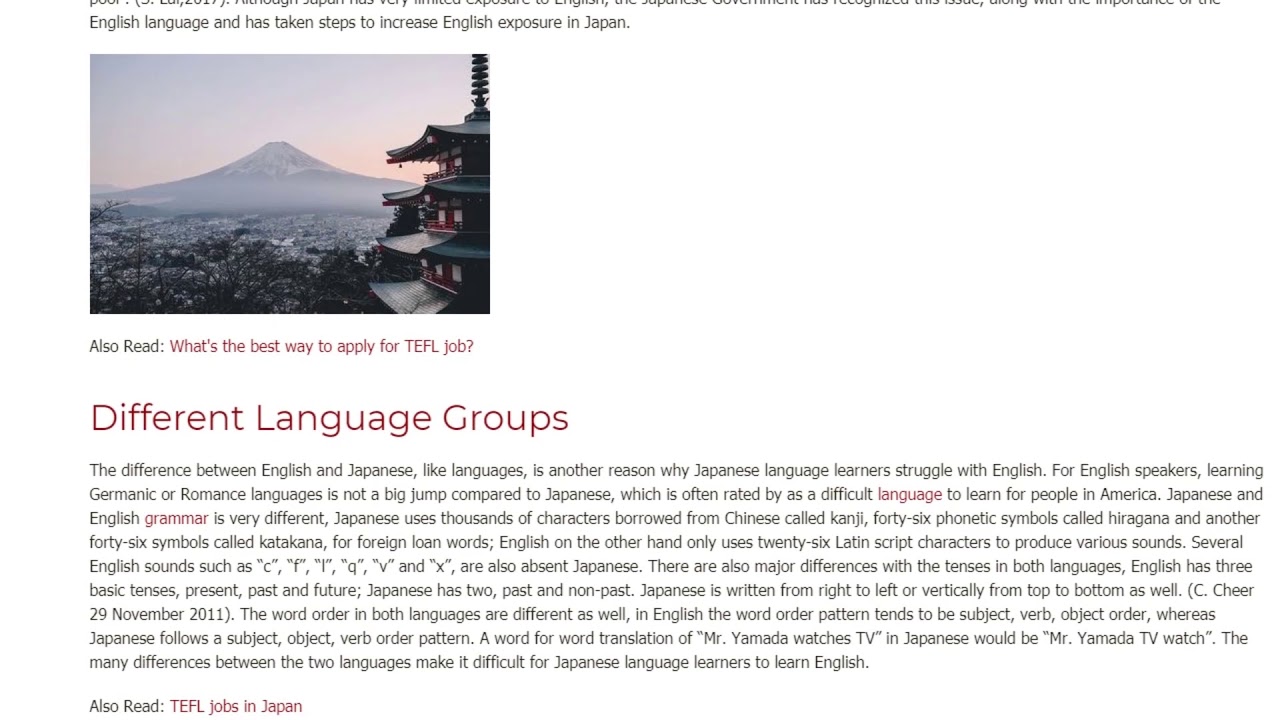 If you ever find yourself driving in French Canada, you will be stopped by stop signs that say ‘arrêt’, which is stopped in French. Almost all drivers in North America would know that this means stop because it’s the same octagon red stop sign. In Japan it’s very different, stop signs are triangular with Japanese script on them but, beneath the Japanese, you can find English subtitles which read ‘stop’. In fact, if you travel anywhere in Japan, the majority of signs and announcements related to travel are offered in Japanese and English. English has been taught in Japanese schools since the American occupation after World War Two. However, according to an EF English Proficiency Index in 2017, Japanese English proficiency is 35th out of 72 countries and compared to other Asian countries such as Korea, Singapore, Malaysia and India, Japan ranked lower. (Ikuko Tsuboya-Newel, 29 October 2017). Nationally, English is a mandatory class in schools for students aged 12 to 18 years old but many Japanese English-learners struggle with speaking English. Demographics, grammar differences, and culture are some of the factors hindering Japanese speaking ability in English.