How long are TEFL contracts? 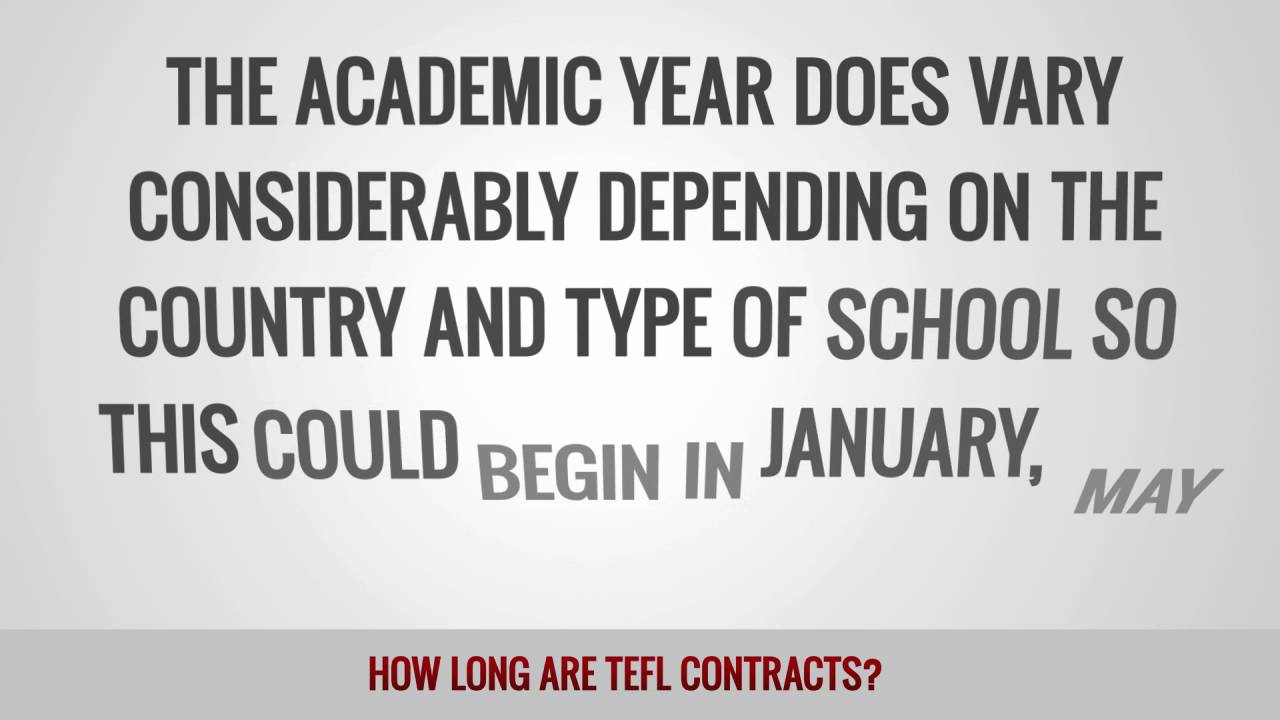 Once you have completed your chosen TEFL course and have that all important certificate in your hand, you can seriously start to plan the next stage of your adventure. Thanks to the sustained demand for English language teachers right across the world there are plenty of countries to choose from, each with its own unique set of attractions. But how long will you have to commit for when you sign the job contract?
Europe

The most common contract in European schools is for an academic year that generally runs from September to June. The great thing here is you will have a couple of months off during the summer break to travel or earn some extra cash working with private students or at a summer camp. Summer language camps are very popular across much of Europe and usually run for 4 to 8 weeks, providing a great opportunity for short term work. Three and six month contracts can also be found in some countries but these are less common than the usual full year contract. If you are keen on a short term deal you will need to do plenty of research to locate them.
Asia

Once again the most common contracts are for one year; this could either be a full twelve months or for an academic year. The academic year does vary considerably depending on the country and type of school so this could begin in January, May or September. One of the great things about the huge job market in Asia is that you have the option of organizing a job to go to before you leave your home country. China, South Korea, Japan and Taiwan are the most common destinations for these pre-arranged jobs. Short term contracts are also available in smaller numbers across the region but you will probably need to be in the country to have a good chance of securing them.
Latin America

Similar to Asia, most countries in this region prefer to offer one year contracts that either cover the school year or a full twelve months. Once again, the start of the school year does vary from school to school so you will need to do some research before you make any firm plans. Some less developed countries in the region also offer short term contracts and volunteer based work, which may be a good option for those looking for adventure and to get off the beaten path.
The Middle East

Countries such as the United Arab Emirates, Saudi Arabia, Oman and Qatar offer some of the most attractive contracts to be found anywhere in the industry. Paid airfares, free housing, paid holidays and a tax free salary are just some of the benefits available, although you will probably need to sign for 12 months or even two years to land the most lucrative positions. Shorter contracts may also be available in some of the region’s smaller countries.