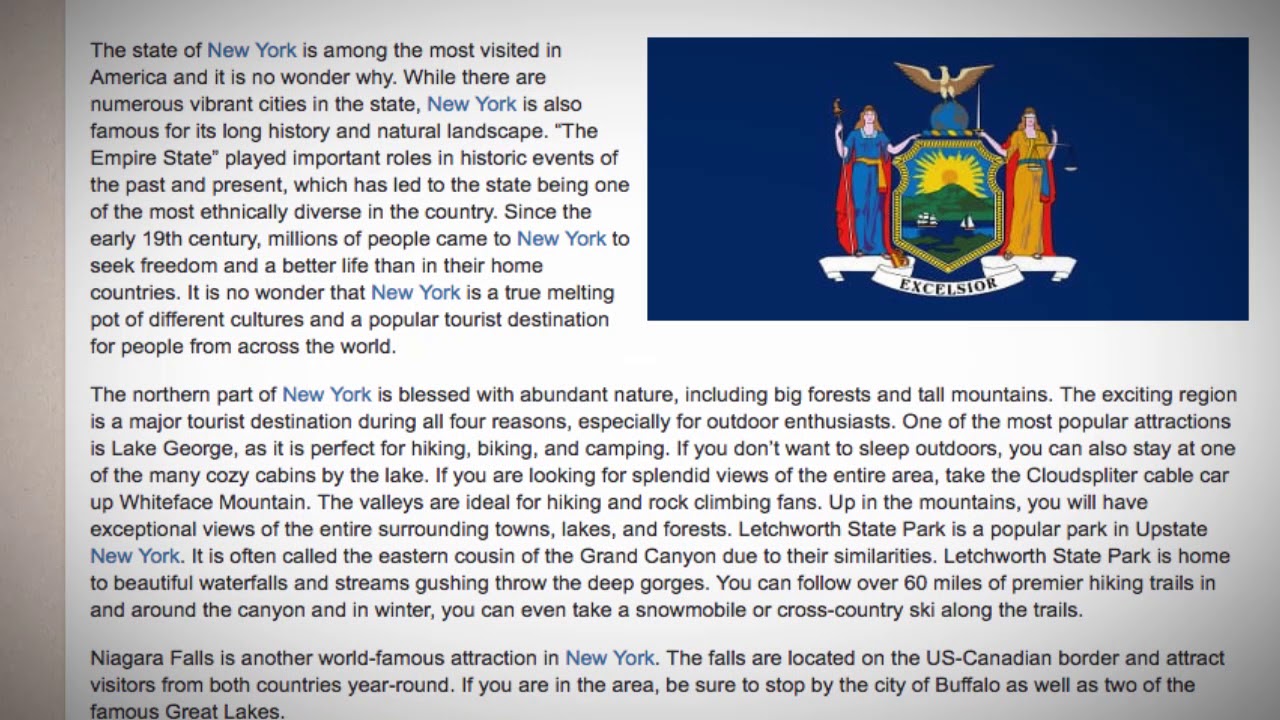 The state of New York is among the most visited in America and it is no wonder why. While there are numerous vibrant cities in the state, New York is also famous for its long history and natural landscape. “The Empire State” played important roles in historic events of the past and present, which has led to the state being one of the most ethnically diverse in the country. Since the early 19th century, millions of people came to New York to seek freedom and a better life than in their home countries. It is no wonder that New York is a true melting pot of different cultures and a popular tourist destination for people from across the world.

The northern part of New York is blessed with abundant nature, including big forests and tall mountains. The exciting region is a major tourist destination during all four reasons, especially for outdoor enthusiasts. One of the most popular attractions is Lake George, as it is perfect for hiking, biking, and camping. If you don’t want to sleep outdoors, you can also stay at one of the many cozy cabins by the lake. If you are looking for splendid views of the entire area, take the Cloudspliter cable car up Whiteface Mountain. The valleys are ideal for hiking and rock climbing fans. Up in the mountains, you will have exceptional views of the entire surrounding towns, lakes, and forests. Letchworth State Park is a popular park in Upstate New York. It is often called the eastern cousin of the Grand Canyon due to their similarities. Letchworth State Park is home to beautiful waterfalls and streams gushing throw the deep gorges. You can follow over 60 miles of premier hiking trails in and around the canyon and in winter, you can even take a snowmobile or cross-country ski along the trails.

Niagara Falls is another world-famous attraction in New York. The falls are located on the US-Canadian border and attract visitors from both countries year-round. If you are in the area, be sure to stop by the city of Buffalo as well as two of the famous Great Lakes.

New York is also the home of the most famous city in America. New York City has been the location of countless TV shows and movies and it’s not hard to see why. The city offers state-of-the-art entertainment and a vibrant culinary scene. Its nickname “The City That Never Sleeps” seems to be true when looking at everything that the city has to offer 24/7. New York City is made up of five boroughs. These districts are also known as Brooklyn, The Bronx, Manhattan, Queens and Staten Island. Each one is different and unique in its own, offering historic artifacts, art, and fashion. The Broadway is the most popular area for musical performances in the world and the annual New York Fashion Week makes the city the global fashion capital. New York has everything and more.

On top of that, New York is one of the states with the best education in the country. Schools like Stony Brook University, Columbia University, and New York University offer high-quality programs to students from around the world. If you decide to take your TEFL/TESOL course in New York, you will be rewarded with an internationally recognized qualification and endless opportunities to teach around the world.

Find out more about taking a TEFL course in New York here: https://www.teflcourse.net/tefl-courses-combined/usa/new-york-state/?cu=YTDESCRIPTION