What are Koreas main regions and popular regional foods? 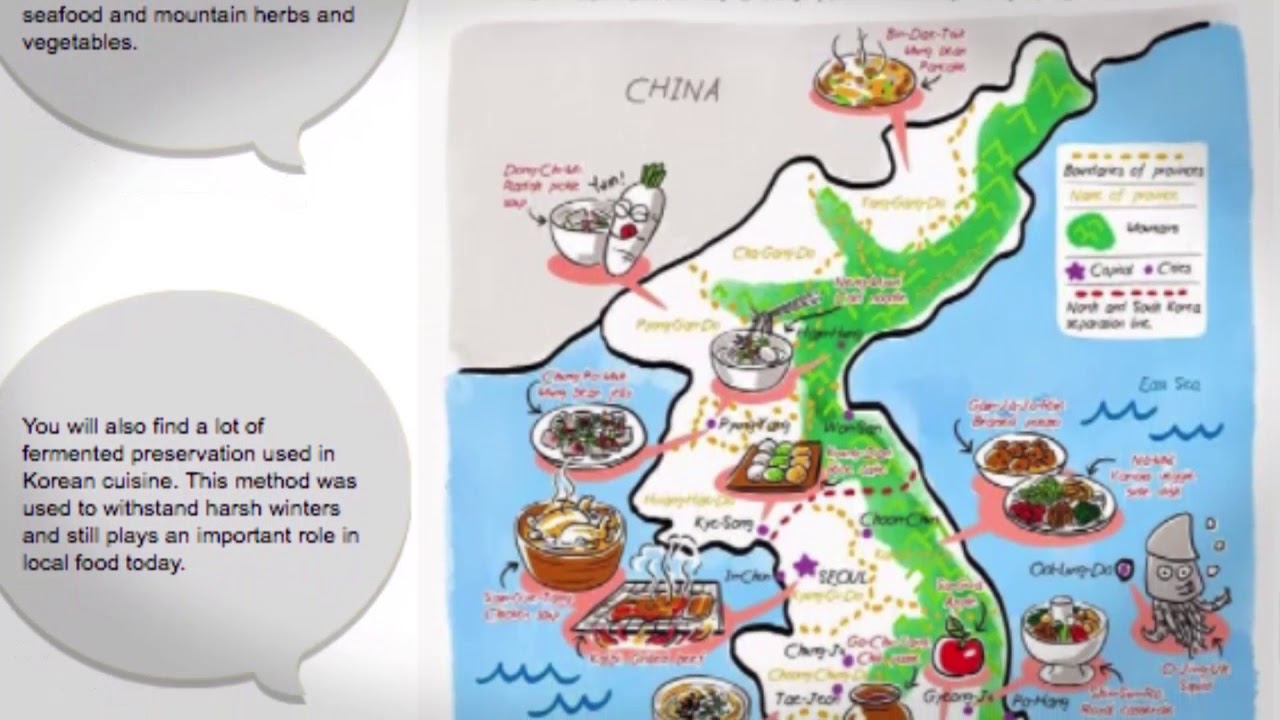 South Korea is proud of its distinct cuisine. As the country is surrounded by three seas and covered in mountains, Korean dishes are often filled with seafood and mountain herbs and vegetables. Added to that, Korea has been relatively isolated for much of its history which has allowed its cuisine to develop in a unique way. You will also find a lot of fermented preservation used in Korean cuisine. This method was used to withstand harsh winters and still plays an important role in local food today. Bibimbap, Kimchi and Korean BBQ are only a small taste of the large variety of food available in this relatively small country. Check out this infographic on Korea’s food by region.