What are some interesting facts about Egypt? 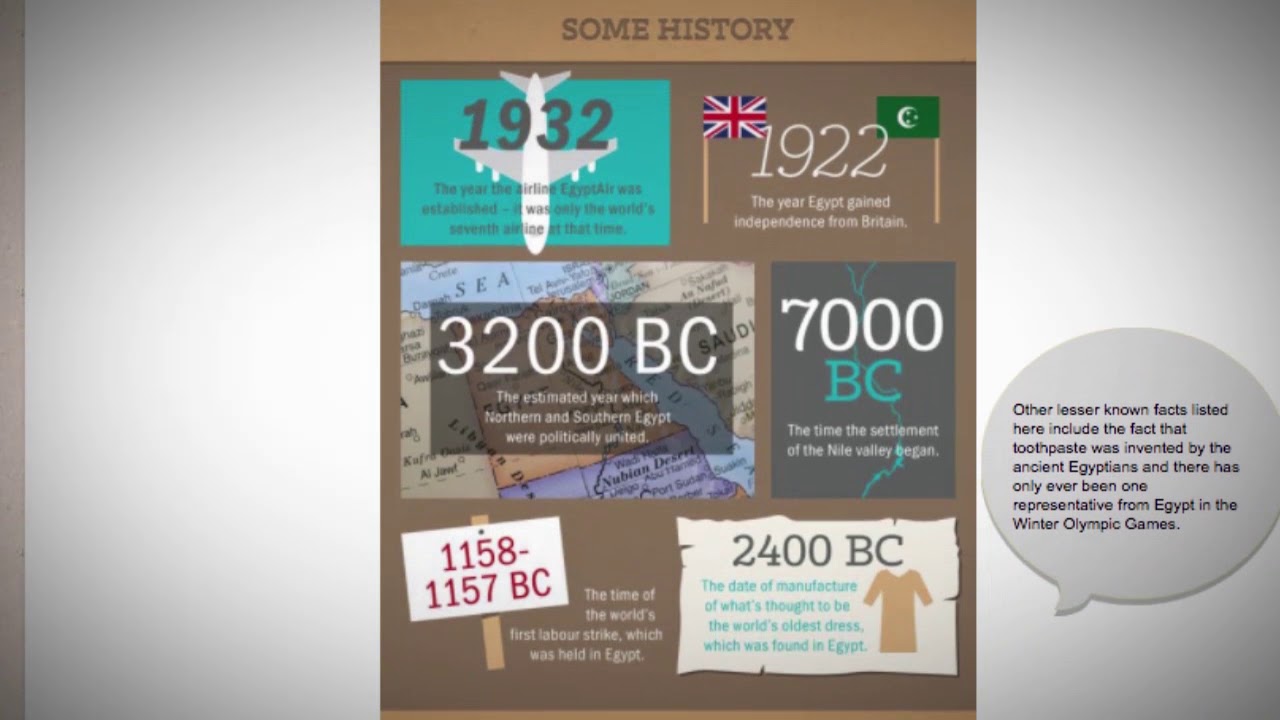 Egypt is relatively well known around the world due to its unique ancient history, monuments and artifacts that have featured in countless TV shows and movies over the years. However, this list of 50 facts about Egypt is certain to contain many things that you did not know about this fascinating country. For example, did you know that the Statue of Liberty is believed to have been intended to stand at the entrance to the Suez Canal, or that Egypt saw the very first labor strike as far back as 1157 BC? Other lesser known facts listed here include the fact that toothpaste was invented by the ancient Egyptians and there has only ever been one representative from Egypt in the Winter Olympic Games.