What are some interesting facts about Filipino culture and customs? 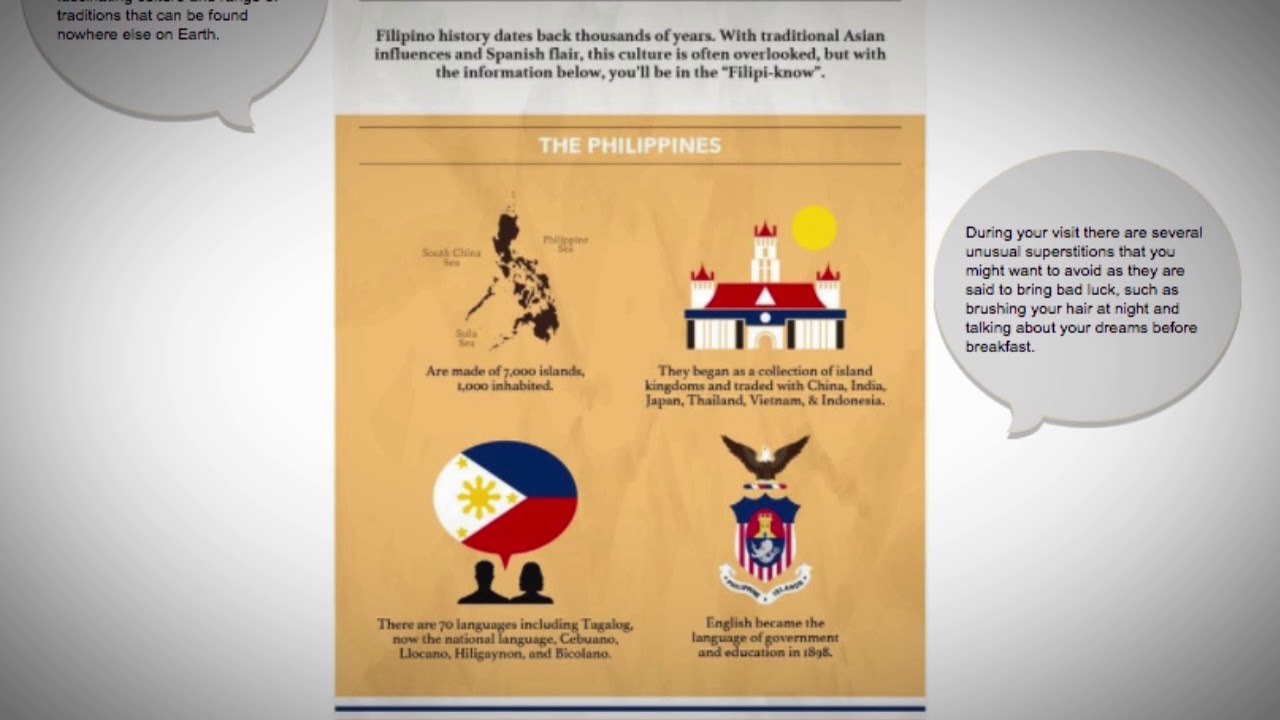 With its unique mix of Asian and Spanish colonial influences, the Philippines has developed a fascinating culture and range of traditions that can be found nowhere else on Earth. During your visit there are several unusual superstitions that you might want to avoid as they are said to bring bad luck, such as brushing your hair at night and talking about your dreams before breakfast. On the plus side, good luck is said to come from having large ears or by giving someone a jade stone. There are also a number of mythological beings to avoid, including gremlin like creatures known as Duwende who are fond of playing jokes on humans and female vampires called Asuwang who like to steal the souls of those they come across.