What are some interesting Japanese customs? 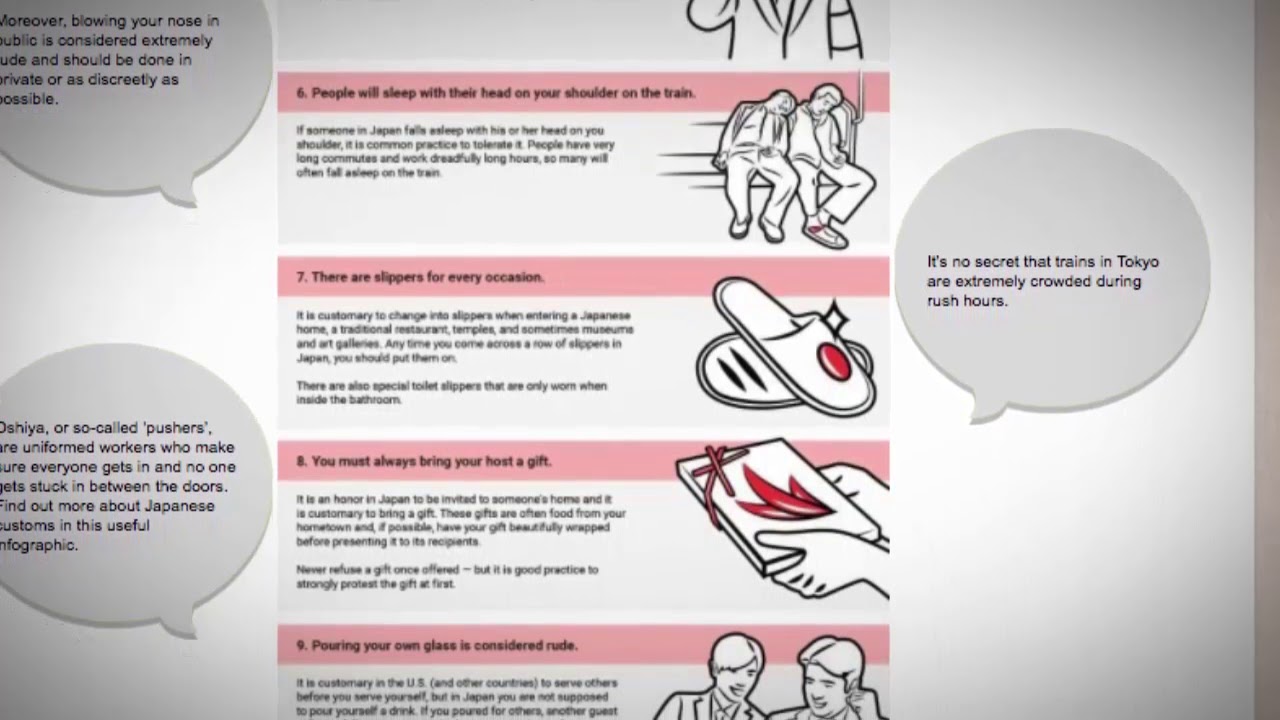 There are certain aspects of Japanese culture that can seem odd or even shocking to foreigners in Japan. For example, the number 4 is considered unlucky as it sounds similar to the word for death. Moreover, blowing your nose in public is considered extremely rude and should be done in private or as discreetly as possible. It’s no secret that trains in Tokyo are extremely crowded during rush hours. Oshiya, or so-called ‘pushers’, are uniformed workers who make sure everyone gets in and no one gets stuck in between the doors. Find out more about Japanese customs in this useful infographic.