What are the differences between North and South Korea? 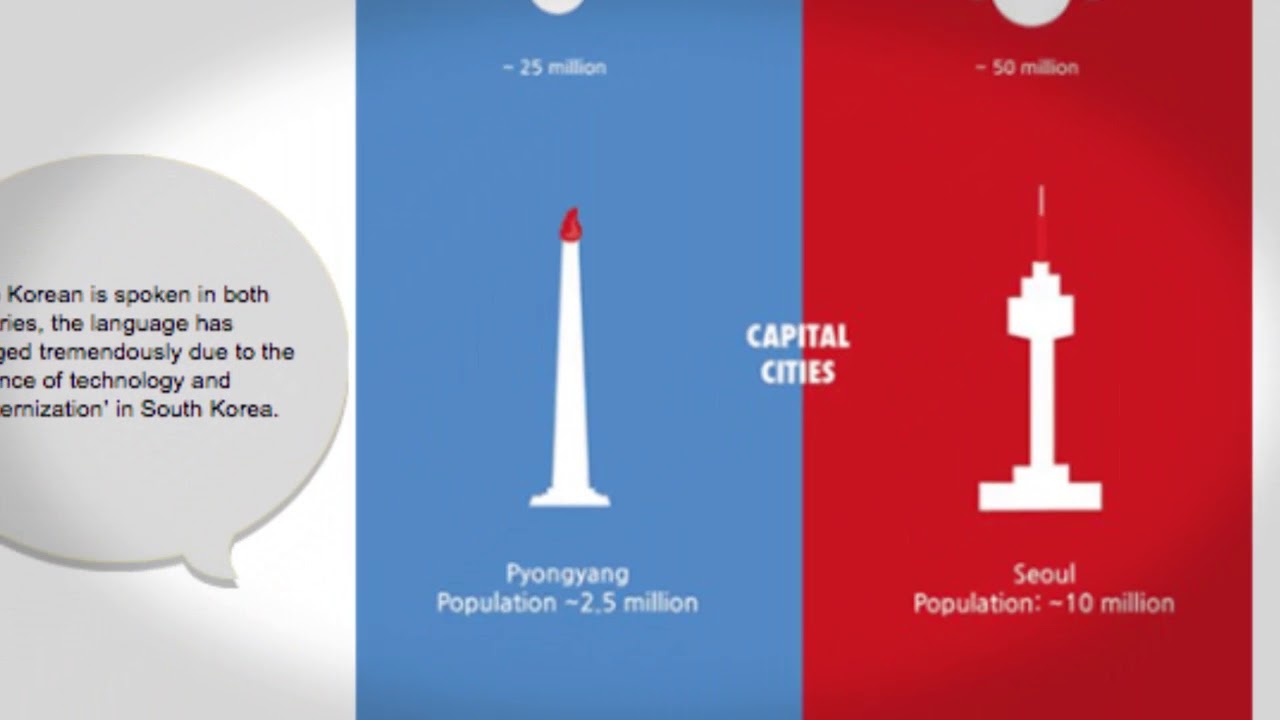 Korea has suffered from a cold-war-like division since the end of World War II when the country was split in half, with the north of the country under the administration of the Soviet Union and the south administered by the US. The Korean War (1950–1953) left the two Koreas further separated by the Korean Demilitarized Zone (DMZ). With over 70 years of separation, the two countries have developed big differences to one another. The most obvious differences are within the political systems with North Korea being a Communist dictatorship and South Korea having a democratically elected government. While Korean is spoken in both countries, the language has changed tremendously due to the influence of technology and ‘Westernization’ in South Korea. On top of that, the life expectancy in North Korea is significantly lower with an average of 69.5 years while South Koreans live until the age of 81.37 on average.