What do I need to know before traveling in South Korea? 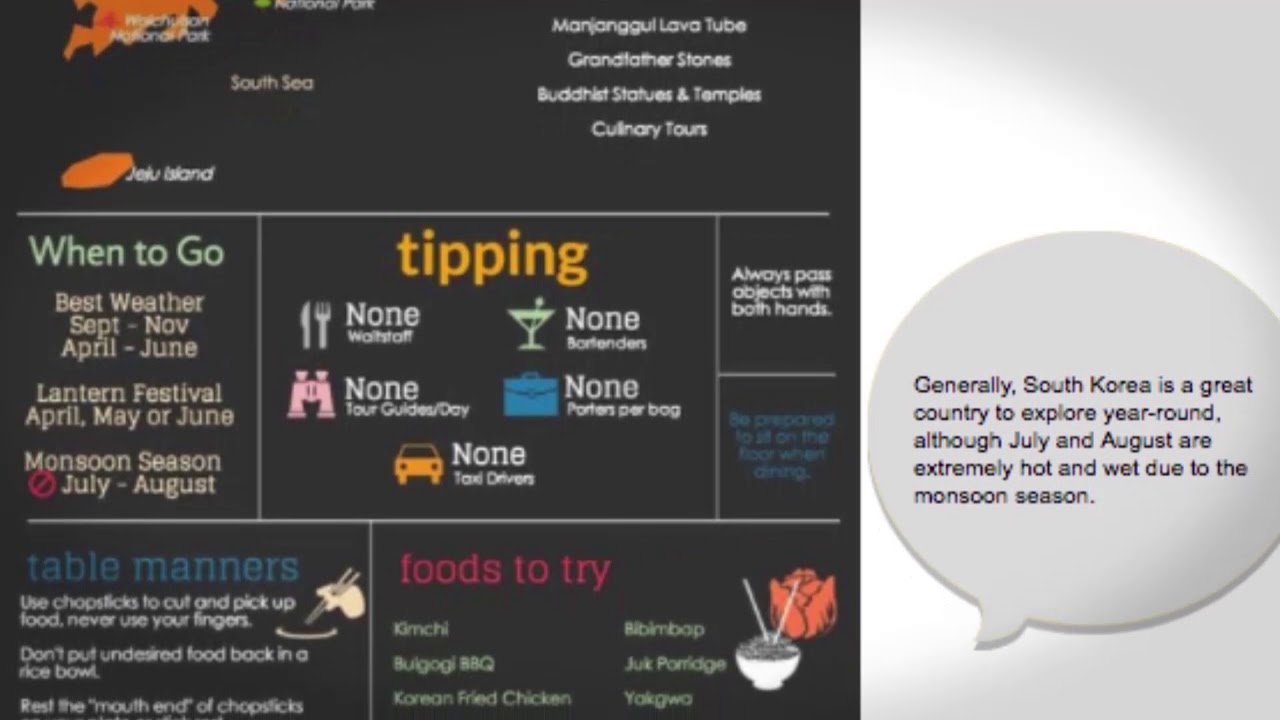 South Korea is located on the southern half of the Korean Peninsula in East Asia. It shares a border with North Korea and is surrounded by seas to the east, south, and west. The largest city and capital is Seoul located in the northern part of the country. Some of the best tourist attractions in Seoul include Gyeongbokgung and Changdeokgung Palace, Dongdaemun Market, and Namsan Tower. The rest of South Korea is filled with beautiful scenery, including a total of 22 national parks, countless Buddha statues and temples, and scenic beaches. Generally, South Korea is a great country to explore year-round, although July and August are extremely hot and wet due to the monsoon season. When in Korea, be sure to try kimchi, BBQ, bibimbap, Korean fried chicken and soju. Don’t forget to take your shoes off when entering Korean people’s homes and pour drinks for others.