What are some basic facts about Hinduism? 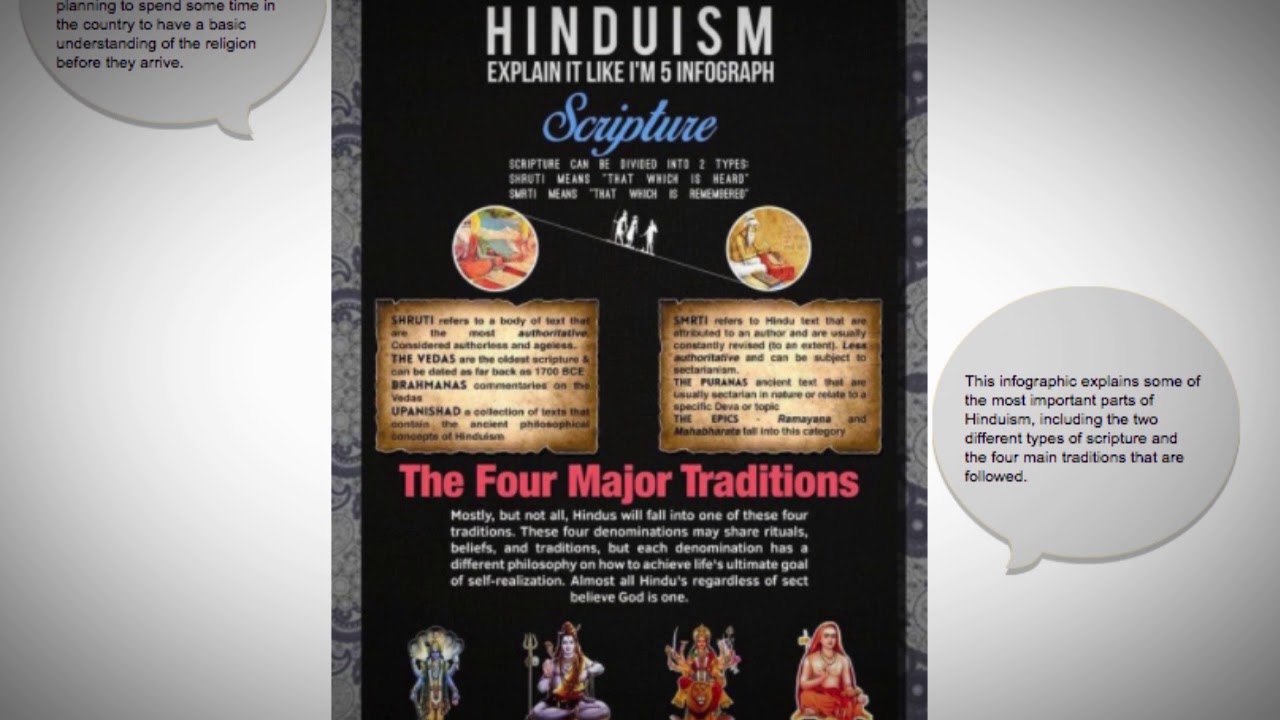 As Hinduism is followed by around 80% of India’s population and plays an important part in many aspects of Indian culture, it might be useful for anyone planning to spend some time in the country to have a basic understanding of the religion before they arrive. This infographic explains some of the most important parts of Hinduism, including the two different types of scripture and the four main traditions that are followed. It also looks at the different forms of worship you might come across during your stay and explains some of the most common terms associated with Hinduism, such as Brahman, karma and samsara.